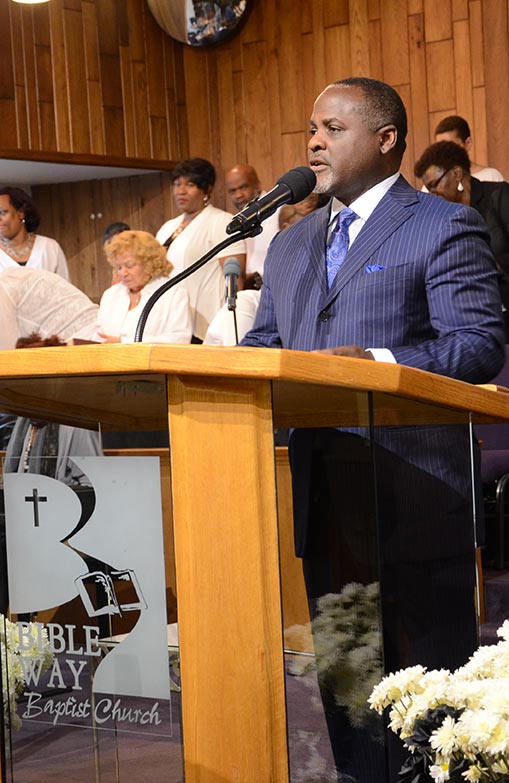 Dr. Damone B. Jones, Sr., is the youngest of three children born to the late Mr. and Mrs. Boykin Jones of West Philadelphia.  Dr. Jones is a deeply devoted husband having been united to his very lovely wife Dr. Melissa Jones, a Marriage & Family Therapist, and proprietor of Refresh Counseling Services, in October of 1991.  They are the very proud parents of four wonderful children:  Aleah, Damone, Jr., Alyssa and Dominic.

Dr. Jones received Jesus Christ as Savior and Lord at the age of sixteen years old.  Being led by the Holy Spirit, he answered the call to the Gospel Ministry at eighteen years of age.  On November 5, 1986 Dr. Jones was licensed to the ministry by his beloved pastor, mentor and father in the ministry, the late Reverend Hiawatha Coleman, former Pastor of the Mount Zion Baptist Church in Philadelphia.

Dr. Jones graduated from  Lamberton High School in June of 1984.  His early theological training includes Manna Bible Institute and The Center for Urban Theological Studies.  Dr. Jones holds a Bachelor of Science Degree and a Master of Science Degree from Philadelphia Biblical University (now Cairn University) in Langhorne, Pennsylvania and a Doctor of Ministry degree from the Palmer Theological Seminary, the Seminary of Eastern University, in St. Davids, PA.

Having a tremendous burden for at-risk youth and the incarcerated, Dr. Jones served at the Philadelphia Youth (Detention) Center (now the Juvenile Justice Services Center) as Coordinating Chaplain.  Dr. Jones also served as a panelist for the District Attorney's Youth Aid Panel and as President of the Police Clergy Program in the 19th Police District, and as a member of the Board of Directors for the Carroll Park Community Council.  In 2001, Dr. Jones was appointed by Mayor John F. Street to the City of Philadelphia Board of Ethics and in 2006 appointed by Mayor Street to a Blue Ribbon Commission on Children's Behavioral Health in the City of Philadelphia. 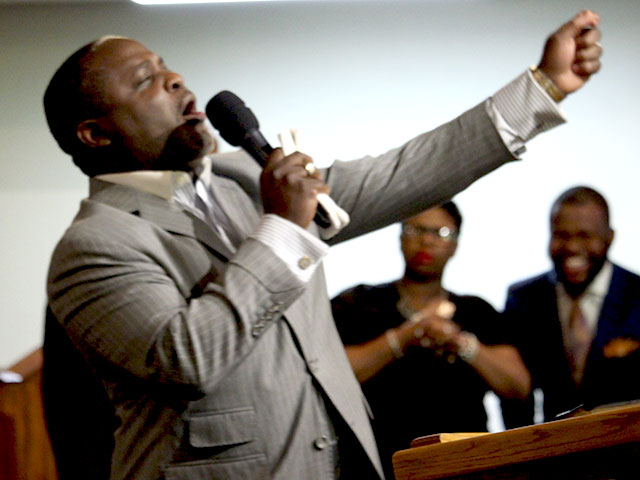 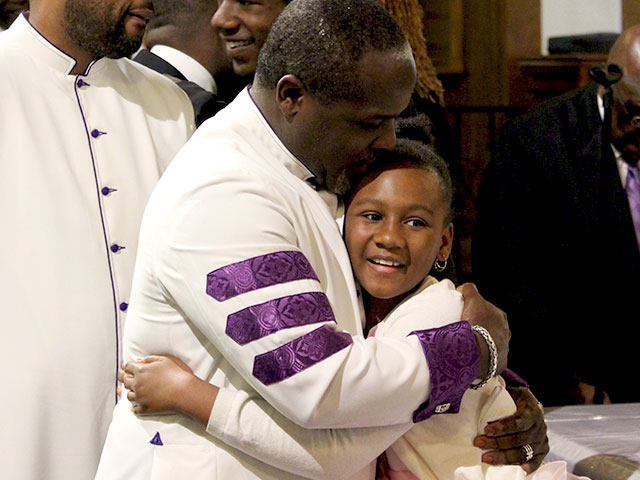 Deeply concerned for the reduction of crime in the community, Dr. Jones was the first President of the Organized Anti-Crime Community Network, which brought the first National Conference on Preventing Crime in the Black Community to Philadelphia.  Dr. Jones spends significant time collaborating with the Philadelphia Police and the Philadelphia District Attorney and the First Judicial District advocating for young people in court. Dr. Jones has mentored many young men over the last 35 years, including most recently, Philadelphia Rapper Meek Mill.  As a trusted community leader, Dr. Jones has assisted and accompanied at least four homicide fugitives who requested his assistance in turning themselves in to the authorities. Under Dr. Jones' leadership, Bible Way Baptist Church became an approved Community Service site for the Philadelphia Departments of Adult and Juvenile Probation.

Motivated by his burden for at-risk youth, Dr. Jones, in 2017, developed a Basketball/Mentoring Program for the Youthful Offenders who are charged as adults and detained at the Philadelphia Department of Prisons. In October of 2019, he turned these efforts in to a foundation now known as the BrothaHood Foundation. Many young lives continued to be changed as a result of this program.

After obediently heeding God's call to the Pastorate of the Bible Way Baptist Church in West Philadelphia, Dr. Jones was ordained on November 5, 1993 at the Mount Zion Baptist Church.  Dr. Jones is a much sought after preacher, lecturer and teacher.  Dr. Jones has trained Deacons at a number of local churches and done numerous workshops and seminars in the areas of Men's Ministries, Youth Ministries, Church Leadership, and his personal favorite, "How to Connect with At-Risk Youth".  Dr. Jones has guest lectured at Eastern University, Temple University, Philadelphia Biblical University (now Cairn University) and Palmer Theological Seminary.

Dr. Jones is a member of The Pennsylvania Baptist State Convention, and he is Past Moderator of the Pennsylvania Eastern Keystone Baptist Association.

The Bible Way Baptist Church membership has more than tripled under Dr. Jones' leadership over the years and more than forty-one active ministries have been implemented to serve the diverse needs of the church and community.